An interview with Mark Barnes 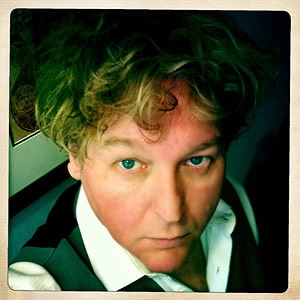 Mark T Barnes is another graduate of Clarion South 2005 and a fine exponent of the Epic Fantasy genre. So fine, in fact, that his first novel – The Garden of Stones – has been short-listed for the David Gemmell Morningstar Award for Best Fantasy Newcomer / Debut!

In this interview, Mark discusses his Echoes of Empire trilogy, which is composed of: 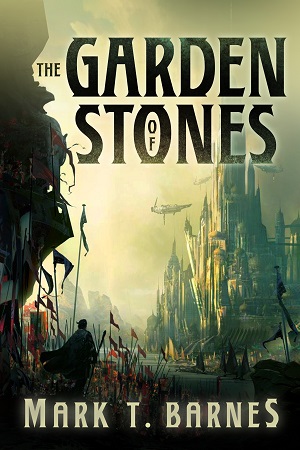 Mark: I think the biggest thing to remember when you’re trying to get published is to manage your expectations. In my case getting an agent (you and I are both with John Jarrold, so we know how easy he is to work with) was pretty straightforward, but getting the contract took longer than either I, or John, expected. We had some early interest that looked promising, but for various reasons never came to fruition.

As it turned out, we got an offer but decided not to go with it. It then took around two years to get a deal. One of the initial editors who’d liked the project had changed publishers, and contacted John to see whether the Echoes of Empire was still available. After that it was only a couple of weeks and we had a deal. Shortly after we received news that the non-English rights had been sold to a German publisher.

The hard work starts once the deal has been signed. I was on a schedule to publish three books in twelve months. Though the first had been written the other two hadn’t, so it was a huge task to get them written and edited prior to the submission date. Then there’s the pre-publication work with the publisher: developmental edits, proof edits, copy edits, cover art, and interior design. In my case I also had the ebook and audiobooks, so working with the director on pronunciations and the like was an additional layer.

It’s a lot of work but seeing your book in print is an amazing feeling. I’d do it all again in a heartbeat. In fact the plan is to do it all again as soon and as often as possible. 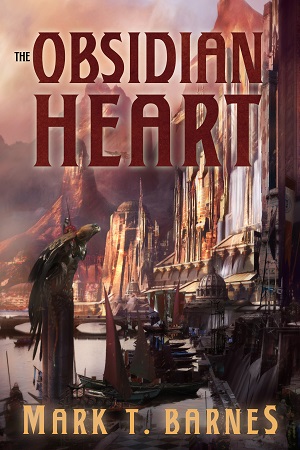 Nathan: To the uninitiated, how would you describe the Echoes of Empire series?

Mark: It’s a plot and character driven epic fantasy with elements of political thriller and action adventure, in an orientalist setting. To be fair it’s not your afternoon light read, with complex characters, a layered plot, and a completely original world.  It’s been dubbed ‘intelligent fantasy’ by a few people.

Mark: The response from readers, and some bookstores, has been great. I’ve received some wonderful mail from fans, particularly women who comment on the strength of my female characters. It’s great to have readers connect with the story, and to want to know what happens next.

Nathan: A lot of people have commented on the remarkable world building evident in the first two novels that have been released so far. Can you give us an insight into your approach to creating these marvellous back-drops?

Mark: Thanks. I’m glad people are enjoying the richness of the world. I view the world as the backdrop for everything that happens in a story, and stories are told in the context of the world around them. As such the world needs to be complete, and consistent. I start with physical geography, then social geography to understand alliances and factions, etc. Naming is important, as names will reflect your cultures. And since we all have history, the history and events of the world that made it the place it is at the time of the story are also important. The story and characters are heavily influenced by the world building, just as we’re all influenced by the world in which we live.

Mark: At the moment I’m working on an urban fantasy quartet. John has Act I of the first book now and we’re discussing next steps. I’m also working on another fantasy set in the same world as the Echoes of Empire, though with different characters, and should have Act I of that to first readers in a week or two. This new trilogy will be more accessible than EoE, though still character and plot driven.

People can buy Mark’s trilogy from a wide variety of places. Here are a few handy links: