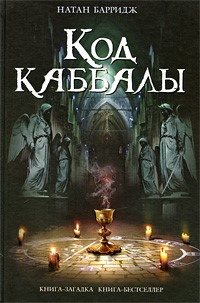 My debut novel FIVEFOLD is probably best described as a mystic thriller.

Set in the UK, it was first published by Random House in January 2008, before being released as an e-book in 2011 and then translated into Russian as Code Kabbalah.

November 1308: a cathedral in the Yorkshire Dales is deliberately burned to the ground by its Abbott to hide a religious artefact from foreign invaders. But like most secrets, it hasn’t stay buried long enough.

Present day: James Steepleton is in trouble again. Fined £5,000 for driving under the influence of alcohol, he’s broke and destined, it seems, for a six month stint in gaol unless he can find the necessary funds. His old study group from university— Elise, Ashvin, Morgan and Eric—rally together to raise the money. Not far outside the Yorkshire town of Skipton, the group stumbles across the ruined cathedral and a journey into myth and legend begins.

What secret lies buried beneath the ruined church? Why do the five friends suddenly manifest strange gifts? And who are the Lords of Severity that are remorselessly hunting them down?

The mysterious Order of the Brightening Dawn holds the answers, but uncovering the truth will strike at the very heart of what it is to be human. The wheels of history turn and it is time for the Fivefold Cabal to rise again.

You can read a preview of FIVEFOLD here:

My second book is called Almost Human and it will be released in August 2022. A collection of short fiction, it will be published by IFWG Publishing Australia. The collection is a mix of previously published stories along with new fiction, with the original stories representing just over 50% of the manuscript. 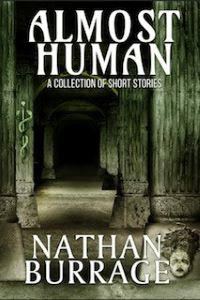 In this collection of short fiction, you will encounter stories set in a near future, where neuroscience and technology are used to rehabilitate convicted criminals with unexpected results. In the icy winter of a distant Transylvania, a struggle for freedom from Ottoman oppression unfolds. In the present, one man struggles to accept his failed marriage and to provide what his daughter needs. A pair of cursed lovers live out multiple incarnations, doomed to always find one another, yet never be together. And when a mythical figure walks amongst us, his notes in the margins of history become clear.

The past, present and future blur when we consider what it is to be Almost Human.

The Salt Lines duology are next in the queue for release and are best described as a historically-based fantasy. The fantastic team at IFWG Publishing Australia are also publishing these books with working titles and dates as follows:

July 1099: sweltering in the merciless heat, the desperate survivors of the First Crusade finally breach the walls of Jerusalem. Concealed within the ranks of Godefroi de Bouillon’s army are members of a secret fraternity called the Salt Lines. Pursuing an artefact that pre-dates even King Solomon, the Salt Lines are willing to sacrifice everything Godefroi values to gain possession of it: the lives of his closest confidants, the only woman he has ever loved, even his very soul.

October 1307: when Bertrand de Châtillon-sur-Seine finally bowed to his family’s will and joined the Brotherhood of the Temple of Solomon, no one expected the brutal suppression of the Order that followed. Thrown into a violent and desperate search for an object known only as ‘the keystone’, Bertrand unwittingly becomes the only person who can safely lay it to rest. But can he resist its temptations whilst eluding the agents of the man who stands behind the French throne?

With the veil of secrecy in tatters, truth has become the most dangerous possession of all.