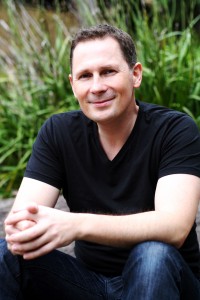 If you are viewing this page, I’m going to assume you have some interest in the writing process.

I should start by saying that I’m not a big fan of giving advice on writing. Why? For starters, there are far more qualified people out there to offer pearls of wisdom than me. For example, Stephen King’s On Writing is a pretty good option for popular fiction.

The other problem with advice is it tends to be very general. Yes, usually the core tenets, such as ‘write what you know’ are helpful, but some clever individual always pops up to disprove the rule. So I’m not going to offer any advice on writing here.

However, I am happy to share my story of how I got my first novel published. I like stories. They’re personal, not generalised. And everyone seems to have a different one to tell about how their first novel got published. After hearing many authors share their journeys to publication over the years, I realised there wasn’t one guaranteed path to success. There are many different paths. And they’re all very hard.

You know those boozy dinner parties we’ve all been to where the conversation inevitably turns to “What would you really like to be doing with your life?” I’m sure you know the ones I’m talking about. (Unless you’re under 18, in which case I’m fairly confident they are somewhere in your future.) Well, I became sick of saying that I’d like to write a novel. Actions speak louder than words, and writing a novel neatly combines both.

FIVEFOLD also started with an idea. Now this can be the tricky part. Good ideas generally don’t present themselves every day. Sometimes ideas can turn up wearing really cool new clothes only for you to discover on closer inspection that everyone’s already worn those threads out. My idea, the core idea of FIVEFOLD, came to me in the latter part of 1994. It wasn’t until much later that I did anything useful with it.

This is where we get to the hard bit. It’s not enough to simply write a novel and then submit it to publishers. You’ll probably need space and time away from it to see what needs to be improved. I certainly did. FIVEFOLD underwent a number of major edits before it was accepted by Random House. Then it went through some more. A lot of work? You bet. Worth the effort? Well you, gentle reader, will ultimately decide.

So, time marched on. I fine-tuned FIVEFOLD between submissions to agents and publishers, and wrote short stories in the spaces between. Why learn to sprint when you’re running a marathon? Well, I wanted to develop a publishing history. However, short stories proved to be seductive. Their brevity forces the author to squeeze a whole lot of story into a little space. No easy feat, but perfect for today’s hectic lifestyle. Especially since we’re online so often these days. Short stories are also a great way to experiment with voice and style, and to work out your strengths and weaknesses. And let’s not forget many great novels started life as a short story or novella.

Did having a growing list of short story credits help me find a publisher for my novel? To be honest, I don’t think it was the decisive factor. It certainly helped, but it wasn’t the clincher. First and foremost, you have to a good story told to the best of your ability. Second, you need an advocate.

For most people, it’s pretty hard to be objective about the fiction they’ve written. And asking relatives to critique your work is rarely helpful. This is one of the reasons why writing groups are so invaluable. You need people to tell you what’s not working in your story in an honest and constructive fashion. I’ve found writing groups to be an excellent source of critique and support, not to mention a wellspring of lasting friendships.

Attending Clarion South was a crucial milestone in learning to edit my fiction. Clarion South is the Australian version of the infamous Clarion Writers Workshop in the US. Affectionately referred to as boot camp for speculative fiction writers, it’s an intensive six-week short story program. With the benefit of having attended Clarion South, I was able to polish my manuscript to a professional standard.

What do you do once your story has been told as well as you can? Well, it helps to have an advocate…

So, a new writer needs an advocate to get their work noticed. Who can be an advocate? Well, lots of people. Examples include:

Whatever the case, an advocate can help you leapfrog out of the slush pile and into the hands of an editor just waiting to buy your manuscript.

In my case, the advocate who secured my publishing deal was a literary agent. She managed to arrange a publishing deal for FIVEFOLD within 3 months. Most large publishers take that long just to acknowledge receipt of an unrepresented manuscript, if you’re lucky.

So that’s my story. OK, so maybe I strayed a little into the realm of advice. I did leave out the bits about working late nights and long weekends. The highs and lows of the submission process. Sacrifices family members have made to allow me to write. The critical importance of Not Giving Up, and having people around you who won’t let you either. These elements appear in most of the other publication stories I’ve heard, so they’re hardly unique.

So here’s what I think publishing a novel boils down to: